NYC: Risk of serious injury much reduced as cycling increases

New York's Transporation Department has tracked the number of cyclists, injuries and deaths since 2000 to compile a Cycling Safety Indicator. This shows that while overall ridership more than tripled during the period, the numbers of deaths and serious injuries has remained fairly steady.

Moreover, the average risk of serious injury has decreased by 75%. 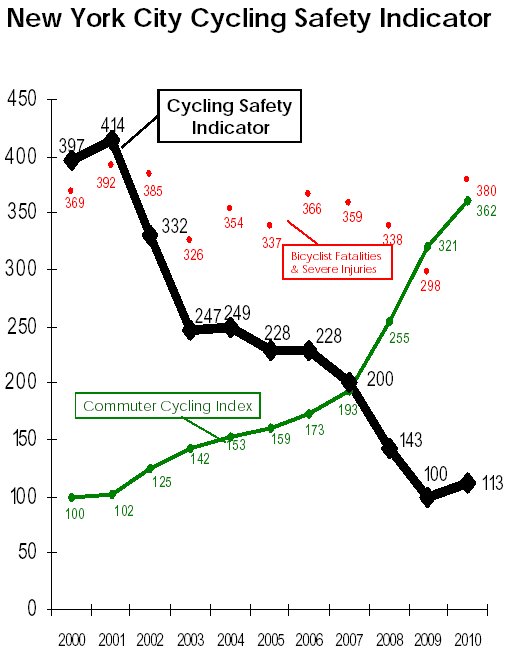