The US Public Roads has backed down after doctoring photos of European cyclists in a report to show them wearing helmets when they were not.

Following complaints, images of cyclists in Berlin and Copenhagen have been restored to bare-headed and the DoT has added this wording to the on-line version of the report:

Correction: Public Roads originally added helmets to two of the photographs in this article, “Handy Lessons From Overseas on Walking and Bicycling,” (pages 29 and 32 on the printed version) to conform with U.S. bicycle safety practices. However, European practice is to focus on increasing safety by encouraging greater numbers of bicyclists through bicycle-friendly policies rather than focusing on helmet use. Public Roads regrets the photo alterations and has restored the original photos to this online version of the article.

Note: The on-line report has since either been moved or withdrawn, but one of the doctored images is shown below - look, no helmet straps! 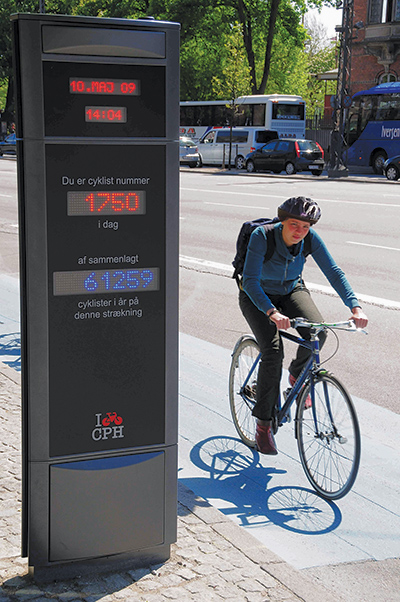