Ever-diminishing cycling a serious problem for children
Three decades ago most children rode bikes to school or walked — now only 5 per c
read more ...

In a number of countries mandatory helmet laws have been introduced for children, and there is frequently pressure for new laws.

At first sight this may seem a beneficial policy to protect vulnerable cyclists, but there are many reasons why such a measure may cause more harm to children than the problem it seeks to address.

This case study examines the evidence on the wider consequences of a child helmet law.

Based on a paper produced originally with a UK focus, its content is equally applicable to any country.

The principal threats to child health and life expectancy

The principal threats to children's lives at the beginning of the 21st century are obesity, heart disease and other illnesses resulting in large part from inactivity. Cycling has a key role to play in preventing these illnesses. Less cycling through a helmet law would aggravate an already very serious situation. 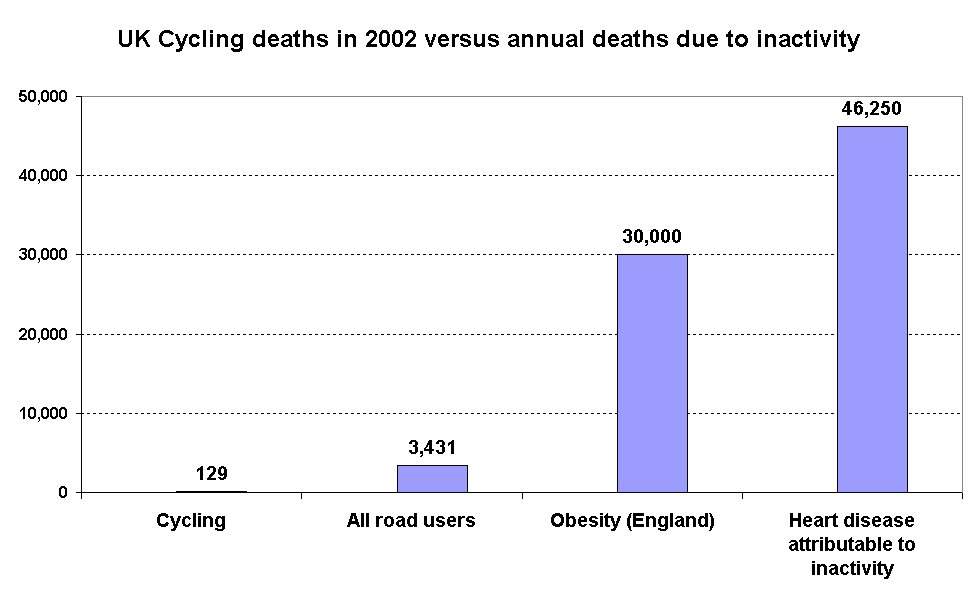 Cycling is a safe and healthy activity

… and the risks of cycling are low

The number of children currently at risk of dying prematurely through obesity and related illnesses is approx 12,000 times those suffering serious head injury each year through cycling and which might be mitigated by a helmet that was 100% effective. That ratio is predicted to double by the year 2020 (RCP, 2004)

Cycling gets safer the more people who do it 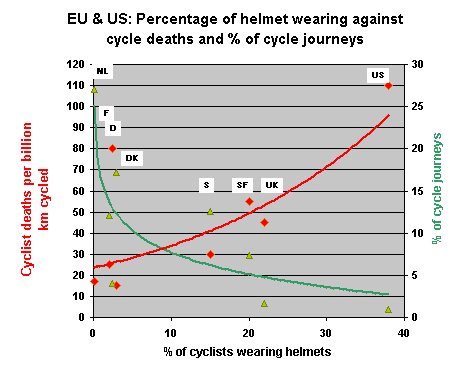 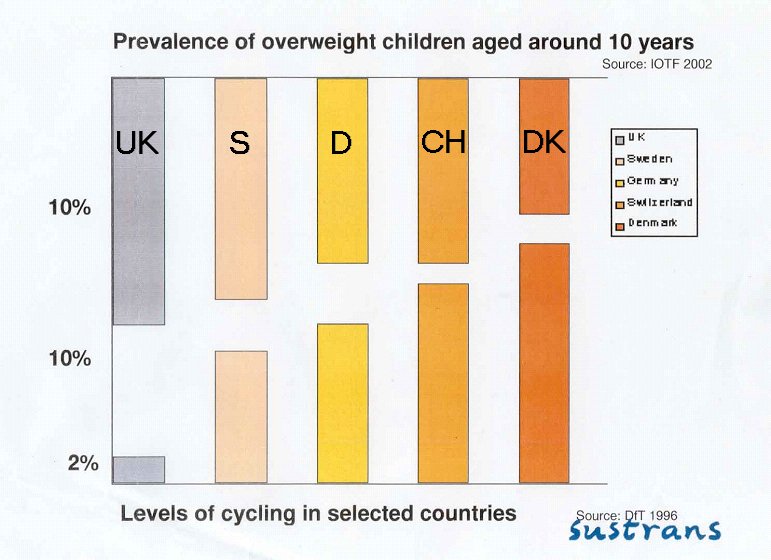 Senior neurosurgeons, cycling and helmet experts have consistently given evidence in British courts that cycle helmets have very limited value in cases of serious head injury.

The benefits of helmets in reducing injury are greatly overstated

Many doctors believe that cycle helmets can increase the risk of the most serious types of brain injury (that lead to death or chronic intellectual disablement) by converting direct forces into rotational ones that helmets do not mitigate (Curnow, 2003)

Many other everyday activities would benefit more from helmets than cycling

Helmet use, safety and obesity. .

Change in cycle use in Australia. .

Trends in cyclist casualties in Britain with increasing helmet use. .

Kennedy A, 1996. The pattern of injury in fatal pedal cycle accidents and the possible benefits of cycle helmets. British Journal of Sports Medicine 1996 Jun;30(2):130-3.